Priyanka Chopra has got a notice for illegal constructions

Mumbai: Bollywood actor Priyanka Chopra is in trouble as the Bombay Municipal Corporation has sent her a notice for unauthorized construction in the premises of her office and another adjoining commercial premise which she has rented out.

The property is located at Oshiwara in Andheri (West).

BMC has alleged illegal alterations in the spa in the complex along with an unauthorized mezzanine floor. BMC also found violations in the adjoining premises which functions as an office run by the Chopra family. BMC has sent two separate notices to the owners-occupants of both the premises.

Manik Soni, who manages the spa, told BMC officials that he took the premise on rent after entering into an agreement with Chopra and her mother.

BMC has asked Chopra to demolish the illegal alterations and restore the original structure according to the 2013 sanctioned plan. Failing this, the BMC said it will demolish the structure after a month. The actor has an option to regularize some of the irregularities after paying penalty. 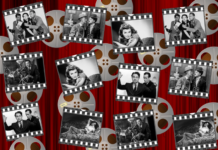