At an event honoring five journalists, naming roads and community lounges after them, West Bengal’s chief minister, Mamata Banerjee, once again raised the issue of Darjeeling. “Banglake bhaag hote debo na  (I will not allow Bengal to be divided),” the Chief minister said in a loud statement Saturday at the Bartaman Bhavan event, the main office of the Bartaman newspaper on Saturday. Banerjee also made serious accusations against Gorkha Janmukti Morcha saying they were backed by “terrorists” and had kidnapped several reporters.

“We are here to honor these great journalists. Every day journalists put their lives at risk to cover the news.” The reporters are being kidnapped, held hostage and while the police are being beaten. Are being held hostage (by the morgue) that only what they (the morgue) say should be aired, “she said. The head of the GJM, Bimal Gurung, was clearly in the mind of the Chief Minister. While she was honoring one of the five journalists (late), she called him Bimal Gurung by mistake, rectifying herself quickly. Banerjee attended the event with senior TMC leaders and ministers such as Sovan Chatterjee, Firhad Hakim, Subrata Mukherjee, Sadhan Pandey and two Northern Bengal ministers Gautam Deb and Rabindranath Ghosh.

“If I had been politely told, I would have argued with them.” As I said before, if you even want them to be Go to your house and wash dishes I can even do that, as long as you ask me well.But if you’re going to threaten me with guns, I want you to know that I have the ability to snatch your weapons (banduk kere neoar khomota rakhi ami). (I am going to give my life if necessary, but I will not let Bengal be broken, “said the Chief Minister at the event. Previously, Banerjee held meetings with the general secretary, DGP and also with the presidents of the 15 development boards that the TMC government had established before the 2016 assembly elections. Banerjee had established different development councils for different Hills (such as Lepcha and Tamang’s development boards) and had been severely criticized by the Morcha, who said that the boards were Banerjee’s division policy and his attempt to divide the Gorkhas. The boards were to receive separate funds from the state government to carry out the development work. The Morcha called it unconstitutional since it is the GTA that is in charge of the administrative and development work in the hills of Darjeeling.

At the press conference, Banerjee paraded the 15 chairmen to the media and had them send messages to restore peace in Nepali. “Protesters are not listening to the court as well, the court ordered that saying bandh is illegal. I do not know from where they are getting support. Five years you enjoyed (GJM). “Now when the elections begin violence begins because they have lost their credentials” Banerjee told the press conference. The mandate of the GTA ended today and the authority was to go to the elections. However, the state election commission had not announced these elections. The chief minister had previously said that the GTA could function legally under an administrator before the elections were mandatorily announced.

“Where did they get illegal weapons and money?” These arms were not picked up in a day, they were collected over a period of time, they have connections with underground insurgents in the Northeast, I ask these insurgents to stop supporting them. I do not want to reveal them here. We share borders with other states, and we also have international borders, and this is not difficult. I ask my brothers and sisters in the hills not to support the terrorists and not to support a movement driven by them. To sell the hills, “Banerjee said. The chief minister then said that she was willing to hold talks, but only if the bandh is canceled. She also said she has convened an all party meeting on the 22nd of this month. 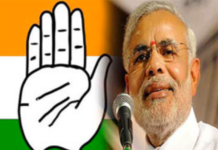