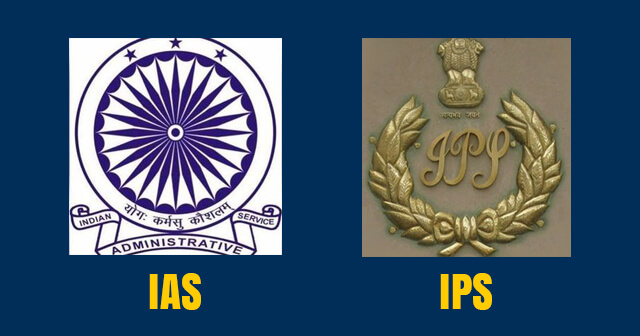 These days administrative changes are taking place in many states. Under this, IAS and IPS officers are being transferred indiscriminately. By the way, the latest case is of Center vs. Mamta Banerjee.

The atmosphere has been hot since the attack on the convoy of BJP national president JP Nadda in West Bengal. The war between the state and the central government is on. In fact, the three West Bengal IPS officers responsible for the security of Nadda’s convoy were called by the Center on deputation to Delhi but the Mamta government refused it. She says that there is a shortage of officers in Bengal.

By the way, in the center and the state, there has been a lot of concern about the administrative officers before. Officers are constantly getting stranded transfers or new postings between the two parties. These transfers happen for many reasons, which can also be political. If IAS or IPS officers themselves can ask for transfer in special circumstances.

Any civil servant is transferred jointly by the central government and the state government. No officer can deny these transfers. Only in certain circumstances, the officer asks for transfer or appeal to stop it. Marriage, health or many mandatory requirements can be the reason for stopping the transfer of officer.

If one IAS marries another IAS, they can change their state so that both can live together. This has usually happened, for example, if Tina Dabi takes the case, both the husband and wife first appealed to be together and stayed in a state. Now after the divorce application, her IAS husband Athar Khan wants to be transferred back to Kashmir. In many rare cases inter-cadre can also be transferred, but this is not usually the case and there should be sufficient reasons to do so.

No couple of officers can appeal to stay in a cadre for the reason of marriage. Yes, it can be done for health reasons, or if there is a danger from a particular cadre. In these circumstances, the Central Government confirms the matter with an agency or examines the talk of two expert officers and confirms that the health of the officer or his family is being affected by the work in such cadre. It can then be transferred. This usually happens to officer families who have gone in very different circumstances from a particular geographical situation.

If the request made on the basis of danger or health is found to be correct, then the central government can send the officer to his state of choice on three years deputation. After this time there is a re-assessment and if the situation still looks the same, then a permanent appointment can be done in the officer’s state of choice.

In the case of state cadre, all the appointments to the cadre posts are made by the respective state government. Except promotion, retirement, out-of-state deputation or training for more than two months, the officer has to complete his minimum tenure. Although the officer can be transferred even before the minimum tenure, but this work is done only on the direction of the Committee on Minimum Tenure.

Apart from this, the central or state government also makes administrative changes due to many other reasons. One reason for this is that the functioning of these officers in a district is not found to be as satisfactory. At least this is the reason given. Earlier, a special political party used to transfer these officials even to make arrangements according to their own. However, it has changed now and due to the sharp eyes of the media, political parties are not able to do this for their benefit at all times.

A few years ago, there was a lot of news about the transfer of Haryana IAS officer Ashok Khemka. The officer received more than 50 transfers within 28 years. For the 53rd time, he was transferred to the Department of Archeology and Museums. Khemka, a 1991 batch IAS officer, is counted among the most honest officers. He always spoke openly and took action on the wrong. This can also be a reason for his transfer.

Even before Khemka, many officials struggled with transfers. Another name in this list is Vineet Chaudhary. Vineet Chaudhary, a 1982 IAS batch officer from Himachal Pradesh, was transferred 52 times in his 31-year career. Kusumjit Sidhu of Punjab cadre was transferred 46 times. At the same time, Winston Mark Simson of Assam-Meghalaya cadre had to suffer 50 times in his 36-year career.

Now, let’s return to the fresh battle of Mamata vs Center. So the rule in this regard says that even if the Center wants to relieve the state officer, he cannot depute them. According to Rule 7 of All India Services 1969, the Center cannot take any action on civil officers working under the State Government. If there is any need to take action in a particular situation, then the consent of both the Center and the state is necessary. At the same time, according to Rule 6 (1) of the Indian Police Service 1954, in the circumstances of disagreement, the state will have to accept the Center.