Haryana HC has made some stinging comments against the Prime Minster in aftermath of violence following Ram Rahim verdict. While the judiciary has all the rights to take erring governments and officials to task, the Haryana HC seems to be overplaying its cards while dealing with the violence that followed the conviction of self-styled godman Gurmeet Ram Rahim Singh.

In an unusual observation, the court called the Narendra Modi-led government’s reaction to the violence “only a knee-jerk” one.

The Prime Minister is of the nation and not the BJP, the Punjab and Haryana high court remarked on Saturday while dealing with the riots that engulfed two states after Gurmeet Ram Rahim Singh was convicted of rape.

The court hauled the Centre and Haryana government for administrative lapses after at least 31 people were killed and property worth crores of rupees were damaged in riots that broke out on Friday when the Dera Sacha Sauda sect chief was convicted. Law and order is a state subject. The Prime Minister cannot intervene in such matters in anticipation. He can at best give intelligence inputs and advice the state governments to take stern measures to beef up law and order.

If the Haryana HC observation is taken seriously, it will set a dangerous precedent. In future, anticipating trouble, can the Prime Minister or the Centre take over a State’s law and order apparatus?

In the case of Haryana, Modi had condemned the violence and appealed for peace.

“Instances of violence are deeply distressing. Strongly condemn violence urge everyone to maintain peace,” he tweeted.

But the court termed the Centre’s response to the violence “only a knee-jerk reaction”.

Knee-jerk? Well, what happens if Modi government becomes pro-active in states like Bengal or Kerala?

For example, if the Centre anticipates violence in Bengal, can it step in by sidelining the Mamata Banerjee government? Or can the Centre intervene in cases of violence in Kerala where the CPM and RSS workers are fighting a pitched battle resulting in many deaths?

“Why do you (the Centre) treat the region as colonies?” asked a full bench of acting chief justice SS Saron and justices Surya Kant and Avneesh Jhingan.

The answer is in the question itself. India has a federal structure where the powers of the state and the Centre are clearly demarcated. The Centre can intervene only if there is a complete breakdown of law and order in a State leading to a crisis.

Meanwhile, according to TV reports, top police officials and bureaucrats were summoned by the Haryana HC even as Panchkula was simmering. Did this lead to a leaderless situation where the police on the ground could not take action?

This may have left Haryana Chief Minister Manohar Lal Khattar with advisors who could give proper inputs. But there is no denying the fact that the CM was caught napping while over 2 lakh supporters of Ram Rahim stormed into Panchkula before a CBI court in the township held him guilty of raping two women 15 years ago.

These people ran riot once the judgment was pronounced — clashing with security forces, and burning and damaging property and cars.

Khattar admitted lapses and said his government made arrangements but the mob was too big. He also blamed “miscreants in the crowd” for the violence.

But the court was not convinced. It was right in asking “If the CM came to know in a day about antisocial elements, why couldn’t you prevent their entry over the past seven days?” 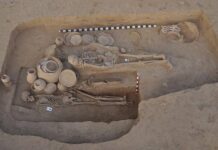