As Maradu Building Demolition Nears, Neighbours Fear For Their Homes

Kochi: Fear has gripped a tiny island in Kochi as the date for demolition of four massive multi-storeyed apartments nears.

Following a Supreme Court order that set January 11 as the date for the demolition of Alpha Serene  — the first of the four massive flats — the people living in small dwelling units fear that their houses too would vanish. Already, when Alpha Serene’s swimming pool was ‘blasted’ the neighboring houses shook violently and developed deep cracks.

Alpha Serene is the first of the 4 river-facing flats in Maradu in Kochi that would be demolished for violating CRZ norms following an order from the apex court in October.

Over 650 kilograms of explosives have been transported and stored near the building under tight security in order to blast the towers in a controlled manner.

But within a 50-meter radius of the Alpha Serene towers, over 42 families are living in deep fear and anguish. Though the government has said that people living within a 200-meter radius would be evacuated on that day, they fear that with the flats, their houses would be flattened as it will not withstand the demolition exercise.

Residents of the area allege that the officials overlooking the demolition have refused to offer any safety assurances to them with regard to the controlled explosion planned next week.

“The structural engineer who is a part of the technical expert committee led by the sub-collector marked the area within a 50-meter radius of the apartment as ’emergency distance’. This means that anything could happen to structures within this distance during the explosion. There are over 150 of us living within this distance,” R Shaji, a resident of Melpalam and chairperson of the protest committee told the local media.

On Wednesday, the 42 families living near Alpha Serene launched a protest march against the controlled blasting. Retired judge MR Shashi inaugurated the protest which also condemned official apathy. Three of the residents also began a hunger strike on the same day.

Since November 2019, these hapless families living around the Alpha Serene towers have been finding it difficult to perform daily chores, thanks to the continuous ear-splitting noises of drilling and blasting of the towers.

“When we speak, we can’t hear each other. We can’t hear the doorbell if someone rings it. Moreover, there are about 8-9 students living here who are about to give their 10th std board exams. These kids have been finding it extremely difficult to study with the demolition happening next door” Shaji said. 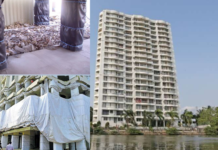 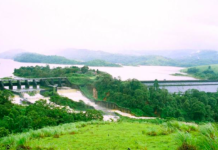 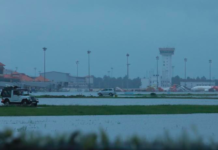 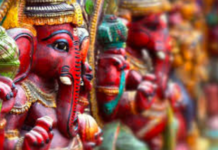