JD(S) leader H D Kumaraswamy in the evening dashed a letter to Governor Vajabhai Rudabhai Vala seeking an appointment and stating that he has accepted the support of the Congress party. He has sought an appointment with the Governor. But the Governor has refused to meet HDK and has made it clear that he will meet leaders only after the Election Commission announces the final results. But there was a new twist when power minister D K Shivakumar was strangely sighted at the Raj Bhavan with an independent MLA. What was he doing there? If the Congress has to make a statement to the Governor, an officially nominated leader should do so.

Sources say that a turf war has broken within the Congress with DKS staking claim to the post of deputy CM as he has the support of 10 MLAs. Sources said that he has stated this clearly to HDK. The Congress wants the post to go to party state chief D Parameswara. DKS does not want that to happen and he has the tacit support of Siddaramaiah. 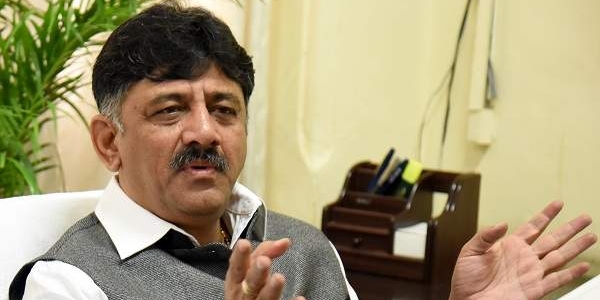 But the Governor refused to meet DKS, but what was clear is that an internal war seems to be brewing in the Congress. Is the DKS angle a BJP gameplan? It must be remembered that the BJP at the Centre has a handle on DKS following the Income Tax raids.

The drama is continuing at the Raj Bhavan gates.

Earlier, Chief Minister Siddaramaiah met the Governor and offered his resignation. He was asked to continue as a caretaker till alternate arrangements are made.