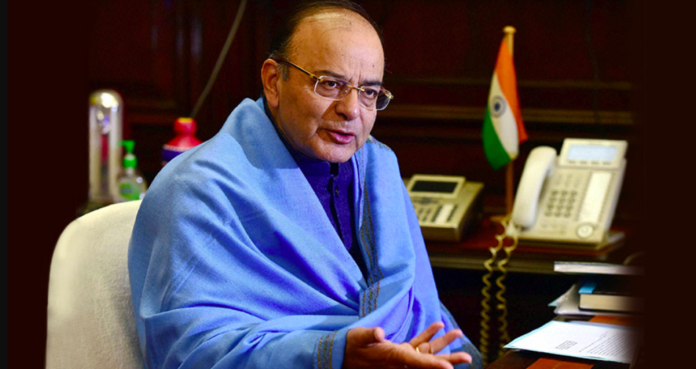 Jaitley should tell the nation on people who have deposited black money in Swiss banks.

New Delhi: Reacting to reports and attacks from Opposition parties on an embarrassing surge in deposits by Indians in Swiss banks, Union minister Arun Jaitley came up with a weak defence: that it is wrong to assume that all deposits in Swiss banks were tax-evaded money.

To assume so is “to start on a shaky presumption,” Jaitley said.

There is a hurdle that the Modi Govt is facing. The problem is the Swiss clause on confidentiality

While the information exchange will be automatic for data from Swiss banks from January 2018, India on request can get data beginning from 2014. But the key rider is that India will have to assure confidentiality. India can use the data only to initiate tax processes against those who have deposited black money. Their names cannot be made public.

But this is something that the Modi government should solve by putting diplomatic pressure on the Swiss government.

Piyush Goyal, who is holding the finance portfolio in the absence of Jaitley said:  “The data will come to us… how are you assuming this is black money? Nearly 40% of the money could be due to the liberalised remittance scheme introduced by ex-FM P Chidambaram, allowing an individual to remit up to $250,000 per year”.

That is fine, Mr Goyal. Tell the nation about 60% of the money source.

“If someone is found guilty, the government will take strong action,” Goyal said. But this was what India was told four years ago by Prime Minister Narendra Modi. Let alone strong action, there has been no action at all.

The reports on surge in deposits became a political bone of contention as Congress president Rahul Gandhi, in a Twitter post, mocked the Modi government’s approach towards black money since 2014.