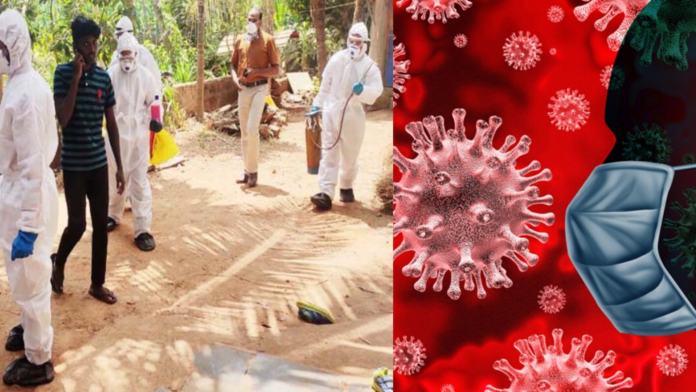 Thiruvananthapuram: Kerala took a step close to a complete lockdown as six more people tested positive today for COVID-19 taking the number of cases to 12. The four new cases were from the COVID ‘epicentre’ of Pathanamthitta in the southern part of the state. All the new cases were connected to the family that returned from Italy via Doha on March 1.

The aged parents of the infected family, who were admitted to the Kottayam Medical College as a precautionary step, today tested positive. The others who tested positive were the daughter and son-in-law of the couple who received them at the Cochin International Airport on their return from Italy.

Two neighbours who interacted with the Italy-returned couple also tested positive today. With this, the total number of COVID cases touched 15 in Kerala. Three of them have since been discharged.

An alarmed Chief Minister Pinarayi Vijayan today ordered the closure of all schools up to standard 7 and all government functions till month-end.

The Chief Minister also issued a directive to avoid all temple festivals, church mass, Madrasas, marriages, cinema halls even as Kerala heads to a three-month-long season of temple festival including the world-famous Thrissur Pooram. He also directed the closure of all tourism spots across the state.

“These are directives”, the Chief Minister clarified. “I also request pilgrims to avoid visiting Sabarimala this month,” the Chief Minister said. “Reduce all festivals, marriages and religious events to just rituals this time. We are in the midst of an unprecedented crisis. The cases are rising and once it goes out of hand it would be hard to contain the spread of COVID,” he added.

But the new directive, though a shade below a formal order, has shocked and angered the public who were gearing up for a massive season of summer temple festivals. “Nothing happened at Attungal Pongala (the largest gathering of women devotees at Attungal near Thiruvananthapuram held on Monday) or the Chottanikara Makam festival (again an all-women religious gathering near Kochi). So why scale down temple festivals? It is a matter of faith,” said a temple official who is a manager of a temple that is heading for a massive festival involving lakhs of rupees.

The Chief Minister’s new directive also took a religious turn with hardline Hindus pointing the only major Hindu festivals and temples have been targeted. The CM conspicuously avoided mentioning Friday prayers in the list of directives.

Also upset is the Malayalam film industry which has some big-budget movies ready for release.