Euronews is a European pay television news network, headquartered in Lyon, France. The network began broadcasting on 1 January 1993 and aimed to cover world news from a pan-European perspective.

It is jointly owned by several European and North African state broadcasting organizations, and since 2015 majority-owned (53%) by Media Globe Networks led by Egyptian billionaire Naguib Sawiris who is chairman of the supervisory board. It is also a provider of live streaming world news which can be viewed via its website, YouTube, and various mobile devices and digital media players. 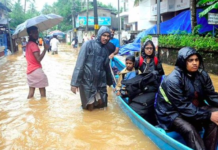