More than laying the foundation of TCS (Tata Consultancy Services), an important IT company in the country, Kohli will be remembered because he made the IT Movement in India and life-long to make the country self-reliant and pioneer in IT.

The largest and most important of the initiators of information technology spread in India was that of Faquir Chand Kohli, founder of Tata Consultancy Service (TCS) and also the first CEO. Kohli, who has been instrumental in several companies along with the Tata Group, and is considered close to JRD Tata, has not only inspired many big entrepreneurs in the IT industry in India but his Worked to prepare the way for

Nearly every veteran of the IT sector, from Prime Minister Narendra Modi to the death of Kohli, who passed away on 26 November at the age of 96, paid tribute to him. Many famous entrepreneurs like Narayana Murthy, Cyrus Mistry and Azeem Premji etc. called him a visionary and inspiration. Let us know how Kohli did a great job of bringing the picture of new India alive.

Prior to the founding of TCS, Kohli was the first trained engineer at Tata Power Company to start using computers in the 1960s in any power company in India. In the early days, old or outdated computers were also used in TCS according to that era. The reason for this was that at that time the priority of the government was foreign exchange, not computers.

It is also a fact to remember that on the request of JRD Tata, Kohli pioneered the establishment of TCS in 1969. The need or reason for this was that a computer system was introduced at Tata Power Company to control the power lines between Mumbai and Pune. So for the time to come, the possibilities of IT were to be explored and prepared. The journey started from here became the originator of India’s ‘technical movement’.

Kohli, who returned to India from Canada and US MIT with engineering education, was confident of the intelligence and ability of Indian engineers. He shortlisted the country’s best engineers for his vision and mission. Kohli, himself a Gold Medalist technical student, had claimed to the Government of India that if TCS were allowed to import computers, it would soon export much more than imports.

The result of Kohli’s own vision was that computer science departments were started in the universities so that the computer experts who would need the country in future could be prepared. He himself used to give training to students. On seeing this, he spread the IT company of India to many countries in UK, Europe, America and Asia. And Kohli was doing all this in the 70s.

Kohli was confident from the start that TCS would have to think of additional value. It was with this vision that he started the Research and Development Center in Pune in the early 80s, where talented researchers from all over the world were mobilized. This was a very important investment towards making software. Though TCS was never known for making the best software, this step was very successful in terms of technical expertise for the country.

When the time of Y2K arrived in the software industry with the advent of the new century, the same R&D center had become a stronghold of IT and Kohli also opened a software factory in Chennai. Overall, Kohli always wanted to make India not only self-sufficient but a leader in the field of IT, not thinking about profits.

Born in Peshawar in British India in 1924 and having been awarded the Padma Bhushan for his contribution, Kohli developed more professionals than companies, nurtured the minds and created the future of India. The mentors of IT giants like Ramadurai, Chandrasekaran were Kohli. Even after retirement in the year 2000, Kohli always talked with the new army of IT and such that there is a lot of work left for him.

Why Sonia Gandhi And Ahmed Patel Were The Perfect Team 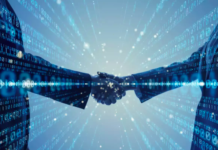