Shakespeare `wrapped’ his heroines in words that only the Bard could cherry-pick from an ocean of expressions.

The greatest tribute that man has ever paid to a woman’s beauty are the two sentences that Shakespeare made Enobarbus say about Cleopatra, in “Anthony and Cleopatra”

Her infinite variety: Other women cloy

The appetites they feed but she makes hungry

The expression “infinite variety” is a justifiably deserving hyperbole in describing the Egyptian queen. The sexual connotations of the expression and the use of the word “appetite” in the context of describing a woman’s beauty, are too obvious to need any elaboration. A curious aspect of “Anthony and Cleopatra” is the fact that Shakespeare refers to her beauty and charm at two other places in the Play. Thus, for example Anthony says in another part of the play

Whom everything becomes — to chide, to laugh,

To weep, whose every passion fully strives

To make itself, in thee, fair and admired!”

meaning that Cleopatra oozes sexual charm whether she is laughing, or weeping or scolding, i.e whatever the emotion that defines her expression- there is no feminine expression that can rob the beauty of her face, which like Helen’s can launch a thousand ships, or more appropriately a million horses, in the context of Roman history.

At yet another place in the same Play, Charmian, the handmaiden of Cleopatra on seeing her die, says

Now I am inclined to believe that in order to paint a picture of Cleopatra as someone who has an essential girlish charm, Shakespeare has deliberately chosen the word “lass” which conjures up the image of an impish English girl or young woman or a Scottish girl even though he is describing a mature woman and that too an Egyptian Queen!

In Sanskrit and Greek drama, playwrights followed a certain convention while describing feminine beauty — a liberal use of simile, hyperbole and metaphor giving a detailed account of almost every organ of the body. In Sanskrit drama, women were classified into four categories, and only the most beautiful belonged to the first type, the ‘Padmini’, whose face was like the moon, eyes like the lotus, hair like dark clouds, breasts like a particular fruit or species of bird, an almost non-existent waist, a deep navel, so on and so forth.

What was worse, in some cases, they applied these very same similes to describe even their handmaidens! While it is not unlikely that a particular handmaiden could have been beautiful, one cannot help wondering whether it is necessary or even appropriate to give the same kind of detailed description of anatomical attributes and beautiful facial features in respect of all the women of our epics and mythological stories, whether they were heroines or handmaidens!

This is exactly where Shakespeare is different. Just a touch of literary flourish, marked by subtlety, produced a greater effect than whole stanzas devoted to a description of various organs and features. The result — a procession of beautiful women — Viola, Rosalind, Juliet, Miranda, Portia, Imogene and Katherine just to mention a few, each having her own individual beauty quite different from the others.

Read Part 7 Here; Shakespeare – A Citizen Of the World

Viola, in Twelfth Night best illustrates Shakespeare’s approach. Though Viola has come to the Duke to convince him about Sylvia’s love for him, her own description of herself to the Duke, who believes she is a boy cannot be rivaled, for subtlety.

“She never told her love
But let concealment, like a worm i’ the bud,
Feed on her damask cheek.

That word “damask” gives Viola’s cheek that hint of silk or satin, and grayish red in tint with connotations of soft rose petals — in a manner the great Dutch colourists  Rembrandt and Vermeer could not have. Viola who is dressed like her twin brother also mischievously tells the Duke”

“I am all the daughters in my father’s house, and all the brothers too”

confusing him by giving him a very subtle hint of her true identity. According to the famous Shakespearean scholar Sir Arthur Quiller Couch, this sentence alone serves as a definition of great poetry.

Two other examples that readily come to my mind are Othello’s description of Desdemona’s skin as being  “smooth as monumental alabaster” and Bassanio’s description of Portia’s hair in “The Merchant of Venice”:

The description of Rosalind in “As You Like It” gives a portrait which combines girlish charm, playfulness, mischief and feminine power. Rosalind is the quintessential English girl who even makes it easy for Orlando to court her.

“Therefore heaven nature charged
That one body should be filled
With all graces wide-enlarged:
Nature presently distilled
Helen’s cheek, but not her heart,
Cleopatra’s majesty,
Atalanta’s better part,
Sad Lucretia’s modesty.
Thus Rosalind of many parts

By heavenly synod was devised”–

this portrait of Rosalind’s beauty and virtues has no parallel.

Who else but Shakespeare could make Romeo say about Juliet?

“Two of the fairest stars in all the heaven
Having some business, do entreat her eyes,
To twinkle in their spheres, till they return.
What if her eyes were there, they in her head?
The brightness of her cheek would shame those stars,. . .
Oh, that I were a glove upon that hand!
That I might touch the cheek!”

Or make Romeo say in grief:

“O my love my wife
Death, that hath sucked the honey of thy breath,
Hath had no power yet upon thy beauty

Thou art not conquered. Beauty’s ensign yet
Is crimson in thy lips and in thy cheeks
And death’s pale flag is not advanced there”

“Ah, dear Juliet,
Why art thou yet so fair? shall I believe
That unsubstantial death is amorous,
And that the lean abhorred monster keeps
Thee here in dark to be his paramour

Could anyone else match Iachimo’s description of Imogene, in Cymbeline?

‘Tis her breathing that
Perfumes the chamber thus: the flame o’ the taper
Bows toward her, and would under-peep her lids,
To see the enclosed lights, now canopied
Under these windows, white and azure laced
With blue of heaven’s own tinct.

or even better still

“On her left breast
A mole cinque-spotted, like the crimson drops
I’ the bottom of a cowslip”

or the magnificent manner in which Henry V, who is in love with Katherine, the French princess,
describes her

“You have witchcraft in your lips, Kate:
There is more eloquence in a sugar touch of them than in the tongues of the French Council, and they should soon persuade Harry of England than a general petition of monarchs”

No other poet can ever pay a tribute to a woman’s beauty, compressing in a few words or sentences, the quips and cranks and wanton wiles that enmesh the masculine heart, as in the case of Rosalind, Viola or Juliet or the “infinite variety” that can change the course of history, as in the case of Cleopatra. 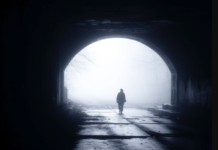