For contemplation he and velour formed,

For softness she and sweet attractive grace”

Thus wrote Milton while describing Adam and Eve in one of the most beautiful passages in “Paradise Lost”. Those majestic lines with their lyrical grandeur clearly outline the basic differences between the two sexes, which are visible even to the most casual observer. Like a true artist, Milton painted a perfect picture of the female form in all its voluptuous glory, to enable us to imagine the delicate curves and contours that are sym­metrically arranged on a slender frame and the quips and cranks and wanton wiles that enmesh the masculine heart.

For all their so-called softness and curves women like the females of other species seem to have a biological advantage over men in respect of capacity for survival. It is observed that women not only live longer than men but their survival rate exceeds man’s throughout life starting from the womb itself. The following facts strengthen the inference of women’s biological superiority.

About 140 males are conceived for every 100 females but the ratio comes down to about 106 to 100 at birth clearly indicating that males are at a disadvantage even before they are born!

More boys than girls die during the first critical month of life. As against a death rate of 15 per thousand for boys, the figure for girls is only 11.

Of birth defects observed only about 25 per cent are noticed in girl infants, whereas almost 71 per cent occur in boys.

Even when blood pressure, cholesterol and other fats (factors that increase the rates of heart disease and stroke) get elevated in women, they still have a lower mortality rate than men!

Even women who are underprivileged and poor live longer than their male counterparts.

Women have greater resistance than men to certain bacterial infections and possess higher levels of immune globulin M, a protective blood protein that assists the body in resisting disease.

Experiments on animals have shown that the female sex hormone Estrogen increases their immune globulin levels.

The question now arises as to what factors contribute to the survival advantages women enjoy as compared to men. It would appear that the evolutionary requirements of the hu­man race itself have resulted in such a state of affairs. Barring exceptions like multiple births, women generally give birth to only one child at a time following a long gestational period of nine months.

This naturally introduces a greater need as well as an urgent requirement that females should be endowed with adequate health and stamina to be able to produce children throughout their reproductive years. In order to achieve this objective, nature has given women a stronger foundation genetically and immunologically with an edge in respect of hormones as well.

Sperm which bear the ‘ Y chromosomes are smaller, lighter and swim faster than those bearing the ‘X’chromosomes, resulting in more male babies being conceived. But these initial advantages gained during conception are lost due to the fact that more males than females get spontaneously aborted. Thus two ‘X’ chromosomes produce a genetically stronger foetus than an ‘X’ and a ‘Y’

A gene that has a defect with the capability of providing a life-threatening abnormality has relatively less chance of express­ing itself in the presence of a dominant normal gene on the other ‘X’ chromosome. However, since a recessive gene on the ‘ X’ chromosome does not always get a healthy counterpart on the ‘ Y’ side to compensate for the weakness, birth defects show up more frequently in males.

One of the most well known inherited diseases is Haemophilia which mothers pass on to sons and not to daughters (Haemophilia is a disorder of the blood which affects the ability of the blood to clot after an injury). Here the defective gene which causes the disease is carried on the ‘X’ chromosome the one which is always passed on by the mother (women have no ‘Y chromosomes). If the defective ‘X’ chro­mosome is not matched by a healthy one the disease can be passed on to her male children, the girls will not be affected but may become carriers of this gene.

Male sex hormones also introduce a disadvantage in terms of survival. They are responsible for higher rates of heart disease. They do confer benefits e.g they give the male a larger muscle mass; they are also responsible for the male not having an age limit for reproductive capacity, unlike the female. On the other hand, the male sex hormones testoster­one contributes to blockages in the coronary arteries that offer resistance to the flow of blood triggering off a heart attack after some time.

Increase in such accumulation of plaque can lead to a total blockage of blood supply and consequently to a heart attack. While both male and female sex hormones are involved in this process of transporting cholesterol estrogen in women acts on the liver to produce useful HDL, whereas testosterone merely increases the LDL-to HDL ratio. ( If this ratio increases the risk of heart attack also becomes greater.)

The connection between an increase in testosterone and a reduction in male life expectancy had been suspected for a long time. Some scientists in New York had found that castrated men outlived normal men and that the earlier the age of castration the longer a male could expect to live. Every year of delay before castration reduces life expectancy by 28 years.

The human female also seems to have a greater resistance to most forms of bacterial infections as indicated earlier, giving her another survival advantage, that has been gradually improving over the years. (While at the beginning of the last century women lived an average of only two years longer than men, the gap has now increased to about 12 )

There is no evidence to indicate that changing social roles have in anyway increased female vulnerability to heart diseases and other life threatening ailments that mainly affect men. On the contrary studies have shown that working women or those achieving prominence or success are healthier than women in general and have a much lower mortality rate. The only major health risk women face today that is greater than in past, is the higher incidence of smoking, a factor equally relevant for men, who incidentally face a great risk in this respect also.

All this merely goes to prove that the popular misconcep­tion that women enjoy better health and longevity mainly because they enjoy greater protection does not have any scientific basis. The female is endowed with several genetically as well immunologically based traits that have placed her at a tremendously advantageous position with respect to their male counterpart. What scientists probably would like to do is to exploit the secrets of female survival techniques so as to give the male also an equal advantage. Until such a stage is reached, the so-called weaker sex would continue to remain the stron­ger of the two sexes. 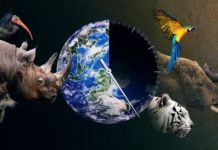