Chennai: The Madras High Court today ruled that the mortal remains of the late DMK chief and former CM of Tamil Nadu M Karunanidhi could be laid to rest at the Marina.

Dismissing the arguments of the State Government, a bench headed by acting Chief Justice Ramesh said the mortal remains could be buried at Marina.

On hearing the news, son and DMK working president MK Stalin broke down at the Rajaji Hall where he is beside the body of his father.

The DMK cadres celebrated the news with tears and loud cheer. During the course of the argument, the DMK’s counsel said the sentiment of the party workers and the people of Tamil Nadu should be kept in mind. The counsel also argued that petty politics is being played as there is no court order prohibiting burial of a leader at the Marina.

The court wanted to know how former CM Jayalalithaa was buried at Marina.

Just before the demise of Jayalalithaa, the Tamil Nadu government had asked he local corporation to denotify the area so that the CM could be buried. Soon after Jaya’s burial, the notification was back. Earlier, in an unprecedented situation, the two Dravidian parties in Tamil Nadu fought a bitter battle of words over the burial site for DMK’s departed leader. While the DMK wanted their leader to be buried at the Marina, the AIADMK government refused to allot space.

Some reports said the government was reluctant to allot space for Karunanidhi’s burial at the Marina as he was not a sitting chief minister. Former chief minister M G Ramachandran and his protegee J Jayalalitha were buried at the Marina beach and memorials to them were erected there. Both were sitting CMs and also bitter foes of Karunanidhi in politics. In a twist to the late last night proceedings, unprecedented in Tamil Nadu’s legal history, two of the petitioners who had moved the court against late chief minister J Jayalalithaa’s burial at the Marina and construction of a memorial there, withdrew their applications.

One of them, advocate S Duraisamy, said the claim of the government that the memorial to Karunanidhi’s mentor and former chief minister C N Annadurai facing the Marina beach, where the DMK sought land for its leader’s burial, was in an ecologically sensitive zone, was “misleading”. Similarly, K Balu of PMK also withdrew his petition seeking the court’s direction against use of the Marina as a burial ground. Earlier in the day, another PIL filed in the Madras High Court seeking to restrain the Corporation of Greater Chennai from permitting any burial of bodies on the Marina beach was dismissed as withdrawn.

The DMK counsel wanted to know the legal ground on which its demand was rejected by the government following which the advocates for the government pleaded for time till morning to file a counter affidavit which the court allowed. 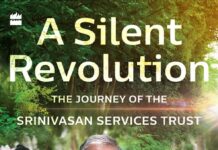