The Union Government of India today released a new ‘no-fly list’ for unruly passengers. This comes in the backdrop of Shiv Sena MP Ravindra Gaikwad assaulting an Air India employee in March. This is a good beginning. It is easy to frame rules, but the toughest part is in its implementation. Does the government believe that uncivilized people and goondas like Ravindra Gaikwad would ever obey these rules? Probably these rules would be implemented on the aam admi or the common man, not goondas who masquerade themselves as politicians.

The government should also arm the airlines with muscle power to prevent violators from flying — MPs, politicians or the rich and powerful.

On the watchlist should be unruly elements from the Shiv Sena and Trinamool Congress who violate rules to get some cheap publicity. Aviation Minister Ashok Gajapathi Raju and his deputy Jayant Sinha today made the new rules public. There will be a month-long time frame for the public to comment on it. The ministry will study the inputs and subsequently formulate the final Civil Aviation Requirement of CAR.

In 2015 alone, there had been 10,854 reported cases of unruly behaviour by the passengers across airlines worldwide, according to the International Air Transport Association figures as quoted by ANI.

It may be recalled that in March, the Shiv Sena MP from Osmanabad Ravindra Gaikwad had assaulted a 60-year-old AI staffer R Sukumar with his slippers 25 times over a seating issue. Following the incident, flying restrictions had been imposed on Gaikwad which were subsequently lifted after protests by Shiv Sena members and an undertaking by Gaiwad stating that such incidents would not reoccur. 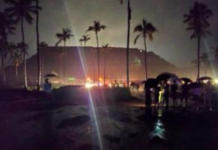