If H-1B extension is rejected, employees can’t work, but they have to linger on in the US for several months.

New Delhi: Many H-1B visa holders may find themselves in trouble and possible deportation proceedings if their application for a visa extension or change of status has been rejected by the US authorities.

They will also face proceedings if the tenure of stay granted originally by the US authorities (as reflected in Form 1-94) has expired. But the worse and worrying factor is that despite no longer holding on to a job, they would have to stay on in the US for several months, waiting to be heard by an immigration judge.

The revised policy could result in a horrendous situation. As the H-1B extension has been denied, the employee can’t work, but he has to linger on in the US for several months to appear before the immigration court. Once removal proceedings have commenced, the individual concerned can leave only after an immigration judge grants voluntary departure. And this could take months as the backlog of cases runs into lakhs.

A policy memorandum, dated June 28 permits the US Citizenship and Immigration Services to issue “notices to appear” (NTA) in cases “whereupon denial of an application or petition, the applicant is ‘unlawfully present’ in the US”. Such a notice is the starting point for removal or deportation proceedings.

According to an immigration counsel at an IT company, “It appears that all cases where an application for visa extension is denied, post expiry of the original tenure of stay that was granted, will be issued an NTA.”

Earlier, notices for commencement of deportation proceedings were restricted to cases relating to fraud, criminal charges or denial of asylum or refugee status. Now the ambit of the rule has been widened.

“Once an NTA has been served, the individual must remain in the US and appear before an immigration judge. A failure to appear for removal proceedings carries a five-year ban on re-entry to the US,” ToI quoted Snehal Batra, managing attorney, NPZ Law Group.

Earlier, on being denied an H-1B extension, the employee concerned could immediately return to India without the NTA-related hassles. His employers could reapply for a fresh H-1B in the next season.

“Even international students are not immune to deportation proceedings. Unauthorised employment, failure to enrol in classes or failure on part of the educational institute to update a student’s records could result in an unlawful status for students and issue of a NTA,” adds Batra.

Sources say the immigration court backlog, as of May 31, exceeded seven lakh cases. Which means the person has to stay in US without a job for a long period. 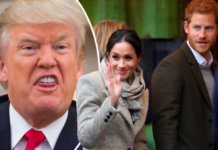