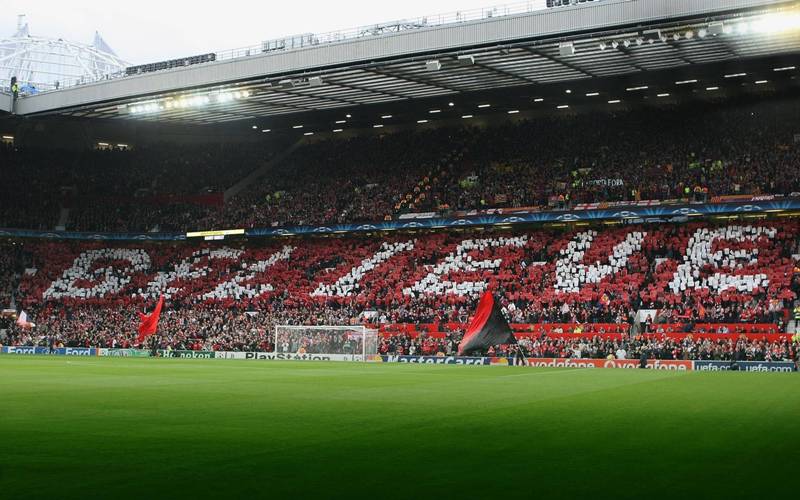 Most football clubs would have a humble beginning. Over time, the club grows in number, stature, frame and fame. A strong financial inflow to aid this growth would genuinely help sustain the needs of an upcoming club in any league. The stronger the league, the need for bigger wallets. History has evidence of clubs with rich pedigree topple into the fissure of insolvency. The likes of Parma, Leeds United and Portsmouth have gone from ‘top European clubs’ to virtually non-existent.

While there is a pushing need to focus on the core aspects of the game, the clubs would do well with a sure source of cash. And this is where fans come in. The share of pie will vary from the league played in, to the position of teams, but the fans do their bit to ensure that club functioning is not hindered due to lack of funds. The sponsors, of course, are a major contributor but none would be willing to sponsor a team that is not widely followed by supporters, both at stadium and across the globe. There again, more fans imply wider audience and potential for bigger companies to pour in the cash. The most evident examples for this business model would be Manchester United, Real Madrid and, as much as purists would disagree, Barcelona. Put simply, footballing fans are the heart and soul of football clubs.

Let’s shut the brains and open our hearts. Besides the finances, the fans bring about life to football matches. The twelfth man, as they are rightly called, not only participate in pushing their teams forward, but also to make life as difficult as possible for the opposition. The influence of fans can be best evident in home matches, wherein they involve themselves in singing, ritual chants, banners etc. The most influential crowd can even persuade the referee’s decision in their favour. Although travelling to opposition stadiums is a key duty for a true football fan, the entry is often restricted and geographically not always feasible to attend. Home matches are always the best place to ensure the fans can carry their teams to victory. None have done it better this season than the following teams – Undefeated at Home. In 2011, Qatar Sports Investments bought PSG and have aided them on the financial front. PSG have been able to draw top players to their side and the results over the last few seasons are testament to this. Although it is unlikely that they will be able to topple Monaco and win the league this season, there is no doubting their home form. 17 games undefeated at home is in sync with their ambitions and the 4-0 victory against Barcelona is proof of their home prowess. Nice has had a fabulous season working its way up to within 6 points of table toppers. The likes of Mario Balotelli and Dante have lifted the team to guaranteed Champions league spot and the home crowd have done their part by lifting the team morale to remain undefeated at the Allianz Riviera. The success story of Hoffenheim has been well documented now and the man in charge, 29 year old Julian Nagelsmann, has taken the side to glory. It will take much more than the manager’s magic alone to breach that wall that has been built at the top by their German counterpart at Munich. But Hoffenheim have lost only 3 matches all season and none at home, which can be a great foundation to build on for the journey ahead. The fans have been fantastic in lending their support for the team and will be eager to finish the remainder of the season on a high. The Old Lady have been on a glorious home run this season, 33 games undefeated. Juventus had gone through the unthinkable a decade back, being relegated to second division in one of the most shocking scandals of the 21st century. They required all the backing and support of the Turin faithful to bring them back among the best in Europe. And faithful did they remain, despite remaining three years at Serie B. They have fought their way back and the fans have ensured they remain at the top of the Italian game while also challenging for European honours.

Also Read: Do Juventus Really Have The Best Defense? Arguably the most difficult football league across the globe, Spurs’ home stats only underline how good a team they have been all season. 18 games, 16 Win, 2 Draw, 0 Lost, 45 Goals scored, 8 goals conceded. That is as impressive a home record any team can wish for in the EPL. It goes without saying that the White Hart Lane enthusiasts have been able to generate the on-field vibe the players could dream for. Given their electric form and kind fixture ahead, it wouldn’t be surprising to see them maintain a clean slate record at White Hart Lane, in what would be their last season in the stadium. The Munich club have gone from its early modest days to becoming one of the biggest clubs across Europe. Bayern are also keen on the home players front, and besides their own products, Bayern Munich also manages to rope in the best from their rivals within Bundesliga. While this adds depth to its squad, they are taking away the top players from direct rivals, which further enhances their chances of retaining their title. Having said that, the Munich buffs are not one to let opposition come to their home turf and do damage. This is evident in the unbeaten run at home in Bundesliga. They have one of the most antagonistic crowd in Europe and the home crowd will go to all extend possible to ensure they push every players to their limits. ‘Die Borussen’ have built a soccer empire and the Westfalenstadion (now called Signal Iduna Park), is their fortress. The average attendance stands at 80,291 and the stadium is famous for the reverberating atmosphere it breeds. They take home support to the next level, often intimidating the visiting teams. The Dortmund fans swamp the largest stadium in Germany effortlessly and with songs and banners flying high, it is hard to keep your focus on the game if you’re in the opposing team. Over the last nine seasons, their record at home reads only 18 matches lost at home. Also, none of the teams have been able to snatch a victory in front of the Yellow Wall since 4 April 15. With the verve only growing among the aficionados into the next generation as well, this is one stadium that will not lose its hallowed status for years to come.

SIR PETER MEDAWAR – THE FATHER OF ORGAN TRANSPLANTATION – A...