Delhi has given `capital punishment’ to the AAP and Arvind Kejriwal in the Delhi Municipal elections.

Initial trends and results showed the BJP far ahead in all the three municipalities. In North Delhi, out of the 101 wards that went to polls, the BJP got 67, AAP 17, Congress 14 and Others 5. The numbers are lead plus trends. 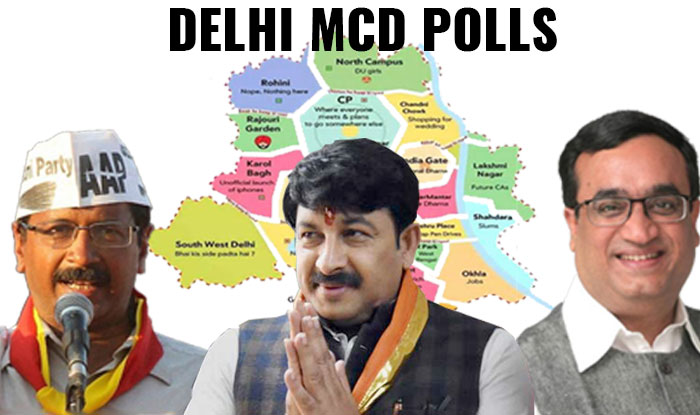 Though a very local poll, the elections in Delhi had national interest and ramifications. The results clearly showed that Arvind Kejriwal is losing his plot, home ground and, worst, credibility. It is his negative campaigning and Modi bashing that resulted in the rout.

The defeat could also be attributed to the arrogance with which Arvind Kejriwal and his team went about during the campaigning process. His team was also viewed as a group of criminals and corrupt.

The BJP has called for the resignation of the Arvind Kejriwal as Chief Minister as this was the man who constantly demanded resignations when leaders of other parties lost.

The AAP tried to blame the Electoral Voting Machines or the EVM for the defeat. The party went on to say that the BJP win was an `EVM wave.’ But the party refused to accept that they had erred badly in fulfilling its promises to the electorate when it was voted to power.

Instead of doing things on the ground, all that the AAP did was to dump dirt at the doorsteps of Prime Minister Narendra Modi. This did not cut much ice with the electorate which saw through Kejriwal’s game of negative campaigning and confrontation politics.

Former AAP leader Yogender Yadav and Myank Gandhi squarely blamed Arvind Kejriwal for the defeat of AAP and called him a politician who had given up his ideologies long ago when he admitted criminals and nefarious elements into the party. The two leaders called for the resignation of the Kejriwal government if the Chief Minister had any moral fibre left in him.

The big win for the BJP can be attributed to three reasons: as usual, the charisma of Modi worked wonders; secondly the BJP did the unthinkable by replacing a record 153 sitting corporators and gave tickets to fresh faces and, thirdly, the winds of change triggered by Uttar Pradesh Chief Minister Yogi Adityanath drifted into Delhi too.

That leaves the Congress which has come a poor third. The usual blame game about candidate selection, strategy has begun, but nobody dared to blame party vice president Rahul Gandhi for the mess that the party is in.

The Congress came out with a lame excuse that the municipal election was a local event and refused to see a larger picture that is likely to emerge in the future. Obviously, the blinkers have not fallen off the Congress party’s eyes.

You May Like To Read: Talk To Me if You have Guts: Vadra To Kejriwal