Bengaluru: In a major breakthrough, the Central Crime Branch in Bengaluru Monday arrested a man who had allegedly asked people to gather in front of the DJ Halli police station on August 11 on social media. That was the starting point of the riots that rocked east Bengaluru.

The man was arrested from Hyderabad Sunday and is allegedly one of the key conspirators in the Bengaluru violence.

The accused has been identified as one Mudassir Ahmed. He had allegedly fled Bengaluru after the violence broke out.

On the night of August 11, a mob had gathered in front of the DJ Halli police station, demanding the arrest of Naveen, nephew of Congress MLA Akhanda Srinivas Murthy, for putting up an offensive post against Prophet Mohammed on social media. This sparked a riot in which three people died as the police opened fire to quell the arsonists. Another person who was arrested had also died due to a pre-existing health complication. 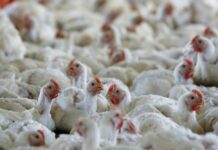