Bengaluru: Fear gripped Karnataka on Friday the Thirteenth as a 76-year-old man from Kalaburagi became the first Covid-19 fatality in India and a Google employee and other techies tested positive for the virus.

He had arrived from Saudi Arabia on February 29. Though he had arrived from a Covid-19-affected country, his symptoms were misleading and tests for coronavirus were delayed due to old age-related complications such as breathing difficulty, asthma and hypertension.

The next day he was brought back in an ambulance from Hyderabad. “He died on way to Kalaburagi, we don’t know when or where exactly,” an official said. 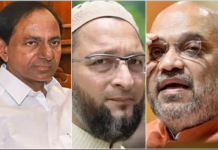