In History’s catalogue of fads, fallacies, and pseudosciences the so-called Vaastu Sastra, which is being regarded as a science, occupies a pre-eminent place.

Its sweeping claims to being a holistic way of living in harmony with the forces of nature, its self-proclaimed ability to harness the potential of ‘unknown’ cosmic forces to improve the quality in any sphere of human life, its suggestion to alter the structure, design and location of build­ings to protect and improve the health of inmates, its obscene suggestion in respect of improving conjugal bliss, the room meant for love-making by manipulating the size, direction, and design of beds, its advice to improve the taste of food by altering the location of the kitchen and the internal distribution of the crockery, cutlery, basins and stoves.

its baseless suggestions to owners of houses, apartments and office establishments about the manner in which office furniture, toilets, and kitchens are to be arranged, and its theory that items of furniture should not be arranged in ‘L’ shape are all not only ridiculous but have absolutely no scientific basis!

Vaastu ‘virus’ has raged unchecked infecting all those with whom it came  into contact, thus affecting a major portion of the population until the disease has reached epidemic proportions. The defenders of this faith include civil servants, politicians, actors, businessmen, sportsmen and housewives. The disease has now reached such an advanced stage that no cure is possible. Only immunisation by sound education at an early stage in life can check its spread. Perhaps we can save future generations!

Vaastu has no relevance to our existence by any stretch of imagina­tion, particularly when we have irrefutable proof that time, distance and direction are all relative.

Vaastu has no relevance to our existence by any stretch of imagina­tion, particularly in the age of Einstein’s Relativity when we have irrefutable proof that time, distance and direction are all relative. How can any prudent person accept the concept of relative directions within a house or inside a street influencing his destiny?

Let us examine whether Vaastu meets the strict criteria of science.

Unlike science, it does not go into the ‘how’ of things. Nor is it concerned with what is universally understood by the terms ‘objective evidence’ or ‘scientific proof’.

On the other hand, its entire foundation rests on dogmatic assertions based on unwarranted assumptions such as (a) the telephone can be kept in the east or north or south-east. But no water jug should be kept near the telephone, (b) the television should not be placed in the north-west or south-west corner, (c) The toilet should not be kept in the central portion of the apartment. Inmates in an apartment having main doors to the south will experience trouble and so on and so forth. What is even more strange and amusing is that such theories are put forth with a certain degree of finality notwithstanding that they have no scientific basis. One wonders whether telephones and televisions were in existence when Vaastu was first developed!

Vaastu experts believe that there are five elements—wind, space, fire, water and earth, which work in unison. Evidently they have not heard of the periodic table, let alone the fact that these other entities can never be classified as elements in chemistry. In fact, all five are excellent examples of compounds.

Vaastu experts believe that the big five will create disharmony if no balance is maintained. What utter nonsense! For modern day educated people to allow such principles to guide their lives is an unpardonable crime.

Let us throw all books on Vaastu and other pseudo-sciences into a big fire, retain our sanity, and move forward to recapture our lost glory

Vaastu experts believe that all the problems of this country have their origin in the imperfect Vaastu of the Himalayas about which nothing can be done. Of course, they conveniently forget that India is the cradle of civilization, the land which produced the Mahabharata, the Ramayana, the Vedas and the Upanishads. It is the land, which gave the world Carnatic music and some of the most exotic dance forms like the Bharatanatyam, Kuchipudi and Odissi. Are there in any other corner of the planet monuments of stone devoted to the worship of Aphrodite, like Khajuraho and Konark? No, it is absurd to blame the Himalayas and follow the fraudulent, bogus and blatantly nonsensical principles of a pseudo-science called Vaastu with the hope of making progress. Fortunately, the information age has come to us before we would have descended into chaos. Let us throw all books on Vaastu and other pseudo-sciences into a big fire, retain our sanity, and move forward to recapture our lost glory. 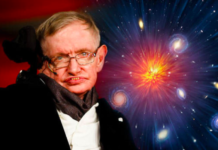