After having been jailed for over 20 years, there is no light for seven prisoners convicted for the assassination of former PM Rajiv Gandhi on May 21, 1991.

President Ramnath Kovind has rejected the Tamil Nadu government’s request to release the seven prisoners saying that his decision was based on the advice of the Home Ministry. He told Tamil Nadu that the Centre “doesn’t concur with its view.”

This is grossly inhuman, unfair and outrightly cruel. The Centre and the Home Ministry does not have a heart. Probably they should learn from Rajiv Gandhi’s children – Priyanka and Rahul – who have forgiven the prisoners and wanted life to move on. If that is the case, what is the problem with the Home Ministry? Is 20 years of isolation and jail life not enough punishment?

Had Jayalalitha been alive, she would have fought tooth and nail to get the convicts released as they had suffered enough. When she was alive, she had written to the Centre to release the prisoners.

Though President Kovind is bound by the advice of his Council of Ministers decision, he could have sent the file back for reconsideration.

In the last four years, Tamil Nadu government has written twice to the Home Ministry to pardon the convicts and release them on humanitarian grounds.

This is the right step.

“The President has rejected the Tamil Nadu government’s plea to free the prisoners on the advice of the Home Ministry. This has been conveyed to the State. The assassins of the former Prime Minister of India cannot walk free under any circumstances,” a top official told The Hindu.

Why on earth can they not walk free when other prisoners have come out of prison after 14 years in jail? If Sanjay Dutt can be released, why not V. Sriharan alias Murugan, A.G. Perarivalan, T. Suthendraraja alias Santhan, Jayakumar, Robert Payas, Ravichandran and Nalini – the prisoners in the Rajiv Gandhi case?

During Jayalalithaa’s tenure, Tamil Nadu had almost taken a decision to release the prisoners. But the Supreme Court on December 2015 said the State government had no power to release the convicts without the Centre’s concurrence.

Under Section 435 of the Criminal Procedure Code, the State government has to consult the Centre before releasing prisoners who were tried by the Central Bureau of Investigation or under a central legislation.

It is high time that the Centre takes a different view. What harm can these prisoners now do, especially after the LTTE has been vanquished? The law should not be interpreted in black and white. Law should have a human touch. 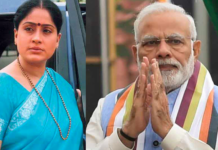