Veteran Odisha film actor Bijay Mohanty passed away on Monday night while undergoing treatment in a private hospital in Bhubaneswar. He was 70. He wanted his end to be in Odisha and that is what happened.

Initially, the Ollywood actor was undergoing treatment in a private hospital in Hyderabad where he was staying with his daughter for the past few years.

Bijay Mohanty expressed his desire to return to Odisha and was brought back in a special ambulance on June 14 and was admitted to a private hospital in Bhubaneswar. He was then undergoing treatment.

He was discharged from the hospital on July 1 but had to be readmitted two days later as his health deteriorated. He was later allowed to go home.

He is survived by his wife, Tandra Ray, also an actress, and daughter Jasmine.

Offering condolences, Chief Minister Naveen Patnaik said that Mohanty’s death marks the end of an era and has created a deep void in the Odia film industry. He also announced that the body of the veteran actor will be cremated with State Honours.

“I am saddened to learn of the death of veteran actor Bijay Mohanty. The impression he left on the world of Odia art will always be remembered in the hearts of countless art lovers. I extend my heartfelt condolences to the bereaved families and wish them well,”

Union Minister of Petroleum Dharmendra Pradhan, who hails from Odisha also extended his condolences and said, “I am deeply saddened by the loss of the famous actor Bijay Mohanty. His death marked the end of an era in the world of Odia cinema. Generation after generation, he was able to bind his fans to the magic of art.”

A National School of Drama alumnus, Mohanty started his prolific film career in the Odia cinema in 1977.

He had also directed the movie Bhuli Huena. He was conferred with the Jayadev Award in 2014. 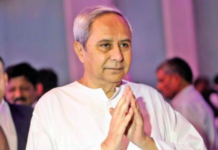