BJP is only in striking distance to form a govt, but Cong-JD(S) combine has the numbers.

The BJP’s celebrations and anticipation to form the next government in Karnataka took an ominous twist post noon when the saffron party’s numbers slipped from simple majority to 108. Sources say that at the end it will be around 105. On the other hand, the Congress at 72 and JD(S) at 40, the number crosses 112, above the simple majority. There are 2 others who are pro-Congress. That will take the number to 114.

In such a scenario of a close finish, Governor Vajabhai Rudabhai Vala will hold the key on whom to invite to form the next government. Since there was no pre-poll alliance, he has to mandatorily invite the largest single party, which will be the BJP. The saffron party will obviously ask for time to form the government, giving it enough space to hard-bargain with the JD(S) which is likely to play the role of a king-maker.

But if the Congress manages to get the unconditional support of the JD(S), the governor may have to invite the alliance. But here he has a choice on deciding whether the support is unconditional and whether such an alliance will be stable. For that he will also look into the pre-poll utterances of the Congress and the JD(S). If he feels that the alliance will not be stable, he can recommend a brief spell of President’s rule. 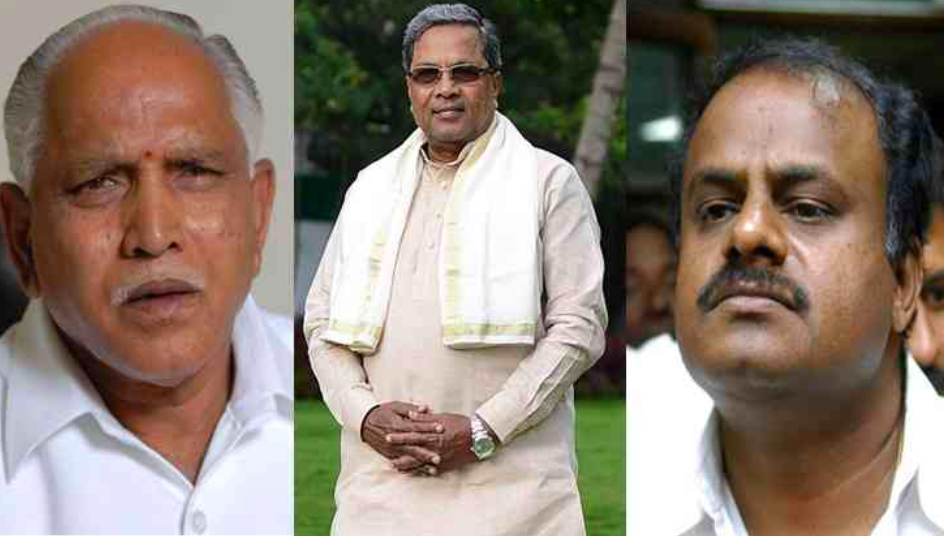 If the Congress stakes claim, it may not be morally right as it has lost the mandate. From 122 seats in 2013, it has been reduced to 72. But there are instances where the losing parties have formed a government.

As things stand at 1 pm, the leads stood at BJP 108, Congress 72, JDS) 40. This is going by the script of the exit polls, and Karnataka is heading for a hung Assembly with the race to the top getting extremely tight between the Congress and the BJP. The JD(S) seems to be doing extremely well if it will be able to convert the leads to seats. It has spread its influence to beyond the Old Mysuru belt, thanks to the alliance with Mayawati’s BSP. The Congress has already opened dialogue with the JD(S) and has confirmed that the fine points are being discussed. Senior Congress leaders Ghulam Nabi Azad and Ashok Gehlot have already started talks with JD(S) leaders, according to sources. What is crucial is the way Siddaramaiah and his supporters react. A bitter enemy of the JD(S) and the Gowda clan, Siddaramaiah will not give in that easily.

Early leads will start flowing in, a consolidated picture based on strong leads would emerge late in the day.