Bengaluru: In a major boost for the BJP and Chief Minister B S Yediyurappa, the saffron party won both the byelections to the Assembly in Karnataka – in RR Nagar in Bengaluru and Sira in neighbouring Tumakuru district.

While the victory of N Muniratna in RR Nagar was a foregone conclusion, what came as a shock to the Congress and JD(S) was the loss of Sira – a constituency that has for decades voted either Congress or JD(S). It was the first victory for the BJP in this constituency and its candidate Dr Rajesh Gowda won by a huge margin against the Congress’ old war horse TB Jayachandra and the JD(S)’ Anjamma B, the wife of the late JD(S) MLA B Satyanarayana.

The irony regarding Sira was that Dr Gowda, a radiologist and a close friend to former Chief Minister Siddramaiah’s son Yathindra, wanted to stand as a Congress candidate. But Siddaramaiah turned that down in order to stand by his long-time friend, the two-time MLA from Sira — TB Jayachandra. Gowda then got the BJP ticket.

With Gowda’s victory, the BJP has been able to breach a Vokkaliga-stronghold. Former prime minister Deve Gowda and State Congress president DK Shivakumar are the leaders of this community. It looks like the Vokkaliga votes got split, leading to the victory of the BJP candidate.

With the two wins, it is Yediyurappa who has made his position stronger in the party and as chief minister. Moreover, Yediyurappa’s son and state BJP vice-president BY Vijayendra camped in Sira and ensured victory for the party. Before the polls, there were talks of finding an alternative to Yediyurappa, but all this will now be quickly put on the back burner.

Reacting to the verdict, former deputy Chief Minister G Parameshwara, who was in charge of Sira said: “It’s not people’s victory, but of money. A section of people got influenced by it. There is evidence on social media of the BJP indulging in electoral malpractices in both the constituencies, but no action was taken by the Election Commission.”

The Congress losing the RR Nagar seat by a margin of 57,936 votes to BJP’s Muniratna is a major setback to Shivakumar and his brother DK Suresh, the MP representing Bengaluru Rural Lok Sabha.

In his reaction, Shivakumar said: “I had not expected my party candidate to be defeated by such a huge margin in RR Nagar, while in Sira the performance was below our expectations. The party was sure of bagging that seat. I am being asked that when I managed to ensure victory of candidates in the past why not now? I entered the legislative assembly by losing my first election in 1985, but have won continuously after that,” he maintained.

R Ashoka, who is in charge of RR Nagar for the BJP, told the media that it was a question of prestige and challenge to him as the by-poll battle was a proxy battle being fought between Shivakumar and him.

For the JD(S) it was a loss of face in Sira, once a stronghold of the party as it is dominated by Vokkaligas. The bypoll was necessitated due to the death of party’s sitting candidate B Sathyanarayana. The ticket was given to Sathyanarayana’s wife Ammajamma on the premise of a sympathy wave. Sensing this, the entire family of former Prime Minister H D Deve Gowda including him campaigned towards the end, but could not garner votes.

With bypolls over, Yediyurappa’s problems are set to start. He can no longer postpone  the cabinet expansion. Lobbying has already commenced with aspirants visiting New Delhi. The CM will have to drop a few non-performing ministers in order to accommodate the aspirants, some of whom are seniors waiting for a long time, besides his wish list of legislators. 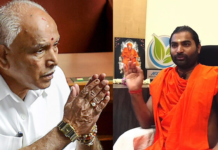