Kerala Chief Minister Pinarayi Vijayan seems to be losing grip over governance on three counts – two man-made and one by nature. 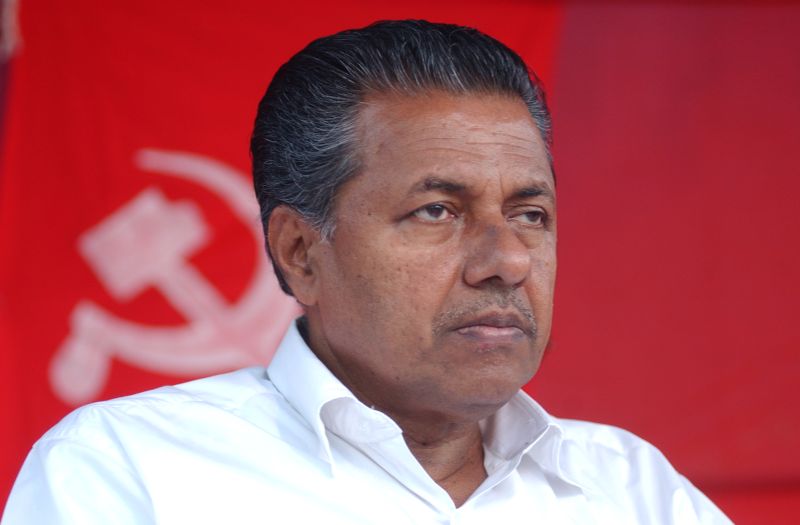 Once called the iron man, Kerala Chief Minister Pinarayi Vijayan is losing grip over governance in Kerala. Far from being an Iron Man, he is now called Plastic Vijayan as he is forced to change his views to defend the impossible. Much of his trouble is due to his style of governance.

The biggest blow of late to Vijayan came in the statement made my senior CPM leader and Electricity Minister MM Mani. At a public meeting, Mani openly made derogatory remarks against women’s collective Pembilai Orumai. In a rather careless and crude manner, he said leaders of the women’s collective “indulged in other activities.”

Mani’s crassness and lack of decency or decorum has landed the CPM government in trouble. But what surprised many was the defence put up by Pinarayi Vijayan. He said Mani used a slang that is common in his area.

So, Mr Vijayan, if people use a slang that is derogatory or crass on you or your family, will you pardon them? If Vijayan had no defence, he should have kept his mouth shut instead of putting up a foolish and laughable excuse in trying to defend Mani. As soon a Mani had made the comments that bordered on lunacy, Vijayan called it unfortunate. That was in Delhi. But in the Assembly, the Chief Minister defended Mani calling the comments a style of expression.

The Opposition was quick to slam the Chief Minister. Congress leaders called Mani a mad man who does not deserve a place even in a lunatic asylum.

Mani episode saw huge protests in Thiruvanantapuram – inside and outside the Assembly. CPM General Secretary Sitaram Yechury, who is quick to pounce on events in Delhi University and Kashmir, had no word for the crass comments made by Mani against women.

The minister has refused to apologise, but one cannot expect an apology from a man like Mani who does not know what decency is.

The Women’s Commission has directed police to register a case against Mani. Commission member Prameela Devi, who visited the protesting Pembilai Orumai activists in Munnar, which observed a total bandh recently, said Mani’s assault on womanhood could invite a seven-year jail term.

The second blow to Vijayan came from the Supreme Court. Rejecting the Kerala government’s claim that senior IPS officer T P Senkumar had failed to do his duty in the aftermath of the Puttingal temple tragedy and in probing the Jisha murder case, the Court on Monday ordered that the officer be reinstated as state police chief and allowed to complete his tenure. In an indirect reference to Vijayan’s style of functioning, the court ruled that top police officials can be removed only on the basis of verifiable facts and not on “mere perception“, whether of the chief minister or the public at large.

The apex court ruling has come as a major embarrassment to the CPM-led Pinarayi Vijayan government. It was this government that removed Senkumar as state police chief just two days after it assumed office.

Opposition leader Ramesh Chennithala said “This (court ruling) is a severe setback for the LDF government and Vijayan has lost the moral right to continue in office.”

But then, moral right and the Left CPM do not go together.

The verdict has brought out one fact: the CPM acted against Senkumar for sincerely probing TP Chandrashekharan’s murder case and nabbing CPM leaders who were involved in the dastardly attack. The party, through the Chief Minister, was only shamelessly settling scores with the officer.

Ironically, Senkumar was once perceived close to the CPM. Two decades ago, there was a vigilance raid on the premises of UDF leader T M Jacob. The former minister had then alleged that the raid was conducted to erase evidence in the Vithura sex scandal, in which a close relative of the then CM E K Nayanar was involved.

But when the infamous TP Chandrasekharan murder took place, Senkumar was the intelligence chief of Kerala police. He got leaders of the CPM behind bars after a professional probe. Ever since then, the powerful Kannur lobby of the CPM had marked Senkumar. His alleged closeness to the former chief minister Oommen Chandy was also an issue that forced the CPM to keep him at an arm’s length.

But now, Senkumar will be back and the CPM will be red-faced.

The third factor that has put Pinarayi Vijayan in a spot is the unprecedented drought across the state and a sharp fall in agriculture output and employment opportunities. Drinking water is in short supply and many rivers in the state, for the first time, have gone dry. The government has been weak in responding to the distressed farmers and is clueless on how to tide over the situation.

Mani, Senkumar and drought have severely damaged the image of Pinarayi Vijayan and he seems to be losing his grip over governance. Had Vijayan sacked Mani, he could have salvaged some prestige. But then, Comrade Vijayan is only a pawn who has to obey the dictats of the party.