The violence in Kashmir is not for Aazadi or freedom, but for the establishment of radical form of Islam in the State. The recent threat of Hizbul Mujahideen commander Zakir Musa to slit the throats of Hurriyat leaders if they called Kashmir struggle a “political and not Islamic one” has revealed the real intentions behind the spate of violence.

Musa is said to have replaced Burhan Wani after he was killed last July in an encounter with security forces.

The threat is not a surprising one. It only shows that the struggle in Kashmir is no longer for a separate State or Aazadi, but for the establishment for a radical form of Islam in Kashmir.

In short, the tentacles of the Salafist form of Islam have taken roots in Kashmir and is spreading to young minds who can be easily radicalised. The shift from Aazadi to Islamic state has put the Modi Government in Delhi on alert. And this is why the Centre is against initiating talks unless violence comes down. New Delhi is keen on talking with the real stakeholders in Kashmir and not to groups who want a radicalised Islamic state through violence and bloodshed.

This is a dangerous shift in Kashmir and a move clearly aimed at establishing Salafi jihadism or jihadist-Salafism — a transnational religious-political ideology based on a belief in “physical” jihadism. The Salafi movement aims at returning to what adherents believe to be true Sunni Islam.

The attempt by the Hizbul in Kashmir is to introduce the harsh intolerance of its Wahhabism. In contemporary usage, the terms Wahhabi and Salafi are often used interchangeably.

The banned organisation of Dr Zakir Nayak follows Wahhabism which is of an orientation within Salafism.

All these ultra conservative movements have the backing of Saudi Arabia which has invested its huge power of petro dollars to spread Wahhabism.

On the radar of the Salafist is Kashmir. And this has come out in the latest threat by the Hizbul. 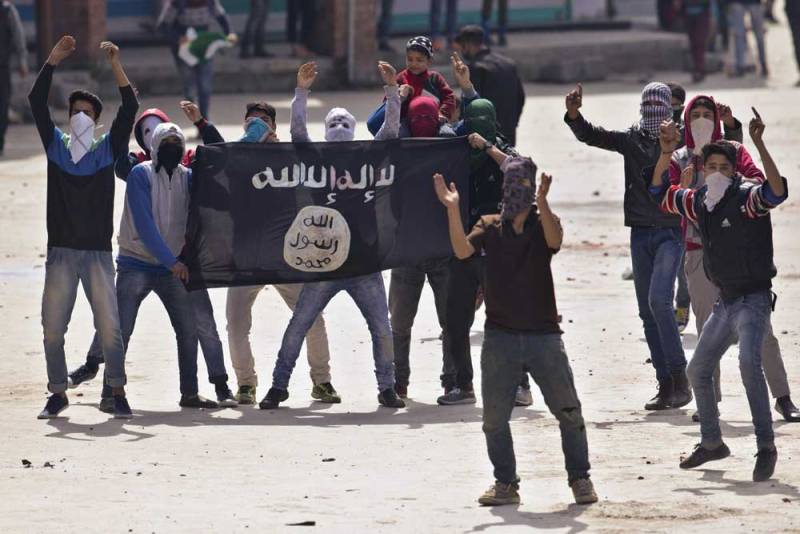 Friday’s call by the Hizbul to behead Hurriyat leaders is a new but expected twist in the spiral of violence that Kashmir is caught in today. In the past, the Hizbul leadership had only been critical of the Hurriyat for its failure to come to the expectations of the people.

In a rather stern an ominous message, Hizbul leader Musa said, “We will slit the throats of resistance leaders— leaders of Hurriyat Conference— before the Kafirs (infidels) in Lal Chowk, main hub of Srinagar, if they don’t refrain from turning the Kashmir issue into a political from the struggle for Islam”.

He asked Hurriyat leaders that if they don’t believe that the struggle in Kashmir was for Islam, then they should stop using the mosques for propagating the cause of freedom.

Hurriyat leaders are in a tizzy after the threat. Separatist leaders have been killed in the past. Mirwaiz Muhammad Farooq Mirwaiz was killed on May 21,1990, while Abdul Gani Lone was killed on May 21, 2002. Another senior leader, Fazal Haq Qureshi, was seriously injured in a sudden attack.