The GSAT-19, which has a lifespan of 10 years, will help monitor and study the nature of charged particles and influence of space radiation on spacecraft and electronic components. The launch was made possible after ISRO developed indigenous cryogenic engine that could lift payloads of up to 4,000 kg into the GTO and 10,000 kg into the Low Earth Orbit. The GSLV Mk III, which has two solid strap-ons, a liquid booster and a cryogenic upper stage, carried the 3,136 kg GSAT-19 satellite.

This launch will also prove to be cost-effective for India in the future. Launching heavy INSAT-class satellites of 3.5 tonnes from the European Space Agency currently incurs a cost of Rs 800 crore each. The satellite is equipped with advanced spacecraft technology, including indigenously developed Li-ion battery and bus bars for power distribution. In 2014, Isro had flown a similar rocket, without a cryogenic engine but with a 3.7-tonne payload. The launch was simply meant to test the rocket’s structural ability and aerodynamics while in flight.

Don’t Miss to Read: A Glow Stick That Detects Cancer 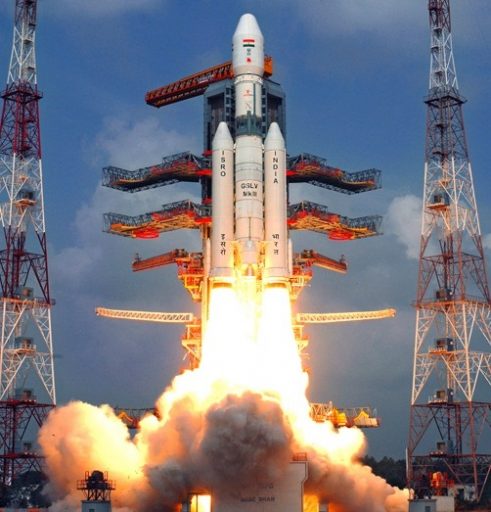 Meanwhile, Isro has asked for Rs 12,500 crore from the Indian government to put an astronaut in space and it has already developed critical technologies for a human space mission. The newly launched rocket is expected to be able to take Indian astronauts into space.

Congratulations to the dedicated scientists of ISRO for the successful launch of GSLV – MKIII D1/GSAT-19 mission.

The GSLV – MKIII D1/GSAT-19 mission takes India closer to the next generation launch vehicle and satellite capability. The nation is proud!