The temple will be shut for a unique religious ceremony of cleansing of the entire temple complex.

Hyderabad: For the first time, the famous presiding deity of Tirumala, Lord Venkateshwara, will take a 6-day ‘holyday’.

The temple of Lord Venkateshwara in Tirumala will remain closed for six consecutive days from August 11 to 16.

The shutdown is for a complete and thorough cleaning, the temple’s officials said on Saturday.

Pilgrims would be barred from climbing the hills on which the temple is located.

A decision to this effect was taken at an emergency meeting of the trust board of the Tirumala Tirupati Devasthanams (TTD), which manages the temple located in Chittor district of Andhra Pradesh. The unique religious cleaning is called “Ashta Bandhana Balalaya Maha Samprokshanam” which involves cleansing of the entire temple complex including the sanctum sanctorum which takes place once in 12 years.

“This is for the first time in the history of the TTD that the temple will be shut for pilgrims for six days. On the previous occasion, when a similar ceremony was held 12 years ago, the temple remained open for restricted hours because there was not so much rush those days. Now, the average daily footfall has crossed one lakh,” TTD spokesman Thalari Ravi said.

“Secondly, there will be a mad rush during second Saturday, Sunday and Independence Day. It is impossible to impose restricted darshan during this period. Hence, we decided to close down for the entire week,” he said.

TTD chairman Putta Sudhakar Yadav told media after the meeting that the closure decision was taken to avoid inconveniencing the pilgrims. “As Vedic rituals have to be performed inside the temple, it is not possible to allow pilgrims at that time for a brief period,” he said. 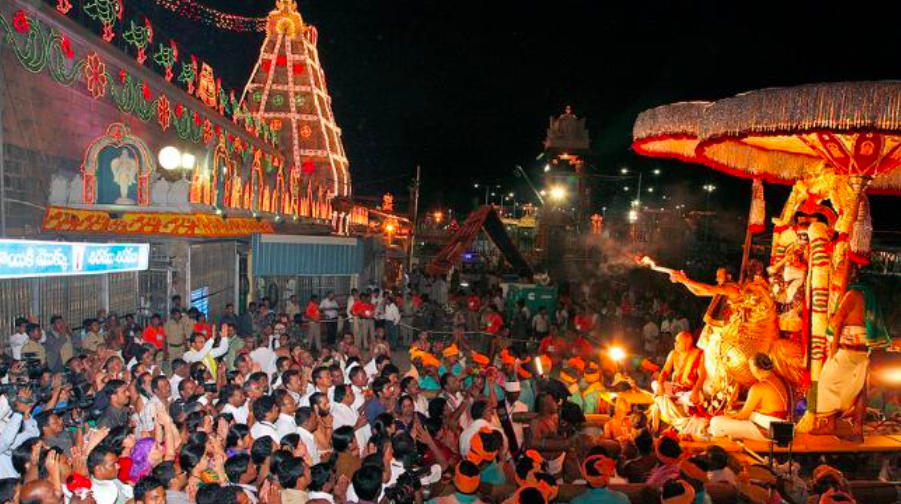 During the second week of August 2017, over 5.5 lakhs pilgrims visited the hill temple. “Since we cannot control the rush, we have decided to dispense with Darshan to avoid hardship to devotees,” he said.

Meanwhile, two NRI industrialists Ika Ravi and Guthikonda Srinivas, both from the USA, donated ₹13.5 crore to TTD on Saturday.