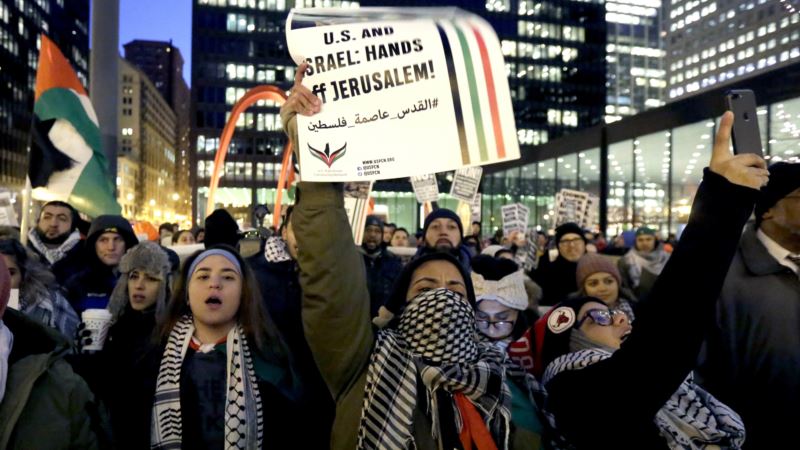 By recognising Jerusalem as capital of Israel, US President Donald Trump has reignited a powder keg and sparked turmoil in Middle East. 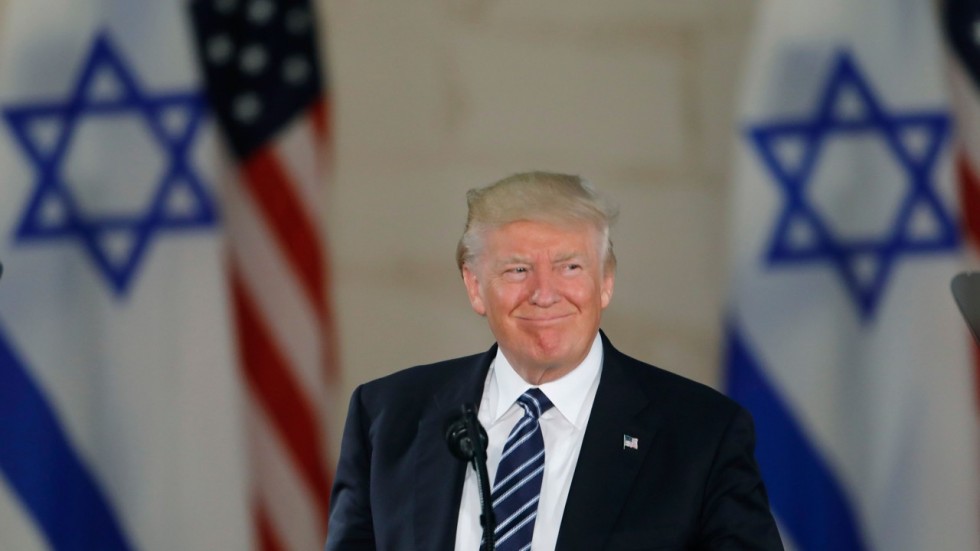 Soon after the birth of Israel in 1948, the then US President Harry S Truman recognised the country. Nearly seven decades later, US President Donald Trump formally recognised Jerusalem as the Capital of Israel, deciding to move the US Embassy to Jerusalem, from Tel Aviv. Jews claim Jerusalem as the Capital of Israel for over 3,000 years and feel that it is time it is recognized as such by the international community, as well.

On the face of it, the Trump Administration decision appears to be a logical step, as the US consistently supported Israel. However, there has been strong international reaction, including that of the United Nations and the US Allies, besides the recent emergency meeting in Istanbul of the Organization of Islamic Cooperation (OIC), against Trump Administration decision. The United Nations and the international community hold that East Jerusalem is occupied territory. 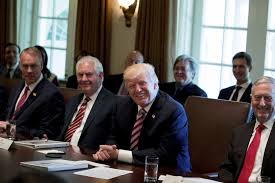 Recently, India voted in the UN General Assembly on the Jerusalem issue, along with 127 other member-countries, which is a direct snub to the US and Israel. In all, 128 countries supported the resolution, which demanded that the United States should rescind its recognition of Jerusalem as the Capital of Israel. For India, this was a reiteration of the traditional policy on the Israel-Palestine issue.

Significantly, Jerusalem is a city that is sacred to people belonging to at least three religions – Jews, Christians and Muslims. While Abraham belonged to it, Jesus preached there and Muslims have the Al Aqsa Mosque there, which is held in great esteem, next only to Mecca and Madina. 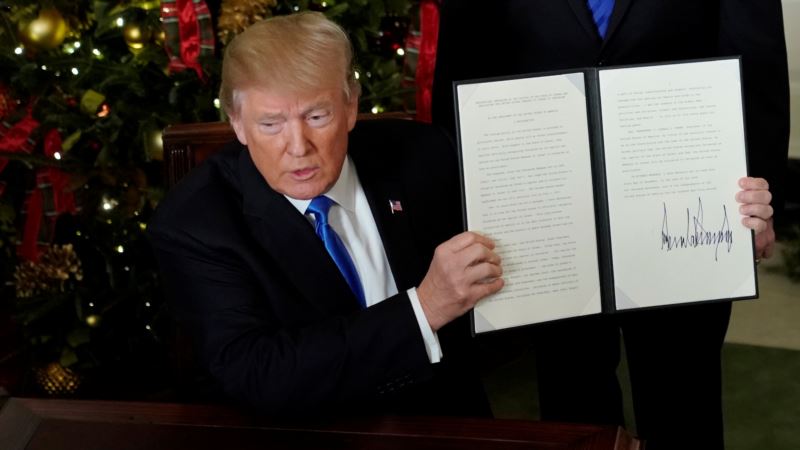 For his part, US President Donald Trump justified his decision, saying, “I have judged this course of action, to be in the best interests of the United States of America and the pursuit of peace between Israel and the Palestinians. This is a long-overdue step to advance the peace process and to work towards a lasting agreement.”

Contrary to the position taken by US President Donald Trump, fate of Jerusalem is one of the thorniest issues between Israel and Palestine. The Palestinians claim East Jerusalem as the Capital of Palestinian State. According to the 1993 Israel-Palestinian Peace Accord, its final status is meant to be discussed in the latter stages of peace talks.

Israel passed the Jerusalem Law declaring Jerusalem as Israel’s “complete and united” Capital. In response to it, the UN Security Council adopted Resolution 478 in 1980, which held that that was a violation of international law. In fact, earlier, 13 countries did have their Embassies in Jerusalem until 1980. Following the UN Resolution 478 in 1980, Bolivia, Chile, Colombia, Costa Rica, Dominican Republic, Ecuador, El Salvador, Guatemala, Haiti, the Netherlands, Panama, Uruguay and Venezuela shifted their Embassies out of Jerusalem.

In 1947, when the United Nations had drawn up the Partition Plan, it envisaged Jerusalem as a separate international city. In 1948, Israel declared its Independence, which was followed by war. When fighting ended in 1949, the armistice border – often called the Green Line because it was drawn in green ink – saw Israel in control of the western half of Jerusalem and Jordan in control of the eastern half of Jerusalem. During the Six-Day War in 1967, Israel annexed Eastern Jerusalem, as well, gaining effective control over the entire Jerusalem.

Yet, the international community, including the United States, did not recognise it, as such since the creation of Israel in 1948; till US President Donald Trump altered the situation in 2017.

The background for the creation of Israel is quite interesting. It was because of the persecution faced by the Jews that prompted the move for the creation of homeland for the Jews. During World War I, the British captured Palestine from the Ottomans and, in the Balfour Declaration, Britain promised the Jews a national home there, laying the foundation for the modern-day Israel.

The Balfour Declaration of November 2, 1917, stated, “His Majesty’s Government view with favour the establishment in Palestine of a national home for the Jewish people and will use their best endeavours to facilitate the achievement of this object, it being clearly understood that nothing shall be done, which may prejudice the civil and religious rights of existing non-Jewish communities in Palestine, or the rights and political status enjoyed by Jews in any other country.”

Opposition from the Palestinians first emerged at a meeting in Jerusalem in 1919. In 1922, the League of Nations set out the obligations of a British mandate in Palestine, including securing establishment of the Jewish national home, the future Israel. Britain crushed the great Arab revolt in Palestine of 1936-1939.

Finally, Partition of Palestine into Jewish and Arab States under the United Nations Resolution 181 was approved in November 1947. As part of it, the West Bank, including East Jerusalem, had gone to Jordan and the Gaza Strip to Egypt. The State of Israel was finally created in May, 1948, provoking an eight-month war with Arab States.

It was against this backdrop that Palestine Liberation Organization (PLO) was created in 1964, with Yasser Arafat emerging as the face of Palestinian resistance. PLO leader Yasser Arafat returned to Gaza in July 1994 to create Palestinian Authority. Self-rule was established for the first time in Gaza Strip.

Trigger for the move of creating Israel was the massive killing of Jews during World War II in Nazi Germany, when the Jews were sent to the Gas Chambers. So many Jews were exterminated then that shook the conscience of the world.

Israel was created in 1948, in the aftermath of World War II, by the Western Powers by ousting the Palestinians, who inhabited the land for ages. The creation of homeland for one people, the Jews, has resulted in the dispossession and continuing persecution of another, the local inhabitants, who were the Palestinians.

This became the basis for the India’s principled stand on the issue of Palestine, of solidarity with the Palestinian cause that was against forced settlement of Israelis on Palestinian territory. Origin of this principled stand can be traced back to Father of the Nation, Mahatma Gandhi, who believed that Israelis could settle in Palestine only with the permission from Arabs and that it was wrong for them to enter with the might of the British gun. Gandhiji even wanted that Jews should make that country their home where they are born and where they earn their livelihood, like all other countries in the world do.

Gandhiji had said, “Palestine belongs to the Arabs in the same sense that England belongs to the English or France to the French. It is wrong and inhuman to impose the Jews on the Arabs. What is going on in Palestine today cannot be justified by any moral code of conduct. The mandates have no sanction but that of the last war. Surely it would be a crime against humanity to reduce the proud Arabs, so that Palestine can be restored to the Jews partly or wholly as their national home. The nobler course would be to insist on a just treatment of the Jews wherever they are born and bred. The Jews born in France are French, in precisely the same sense that Christians born in France are French.”

Following the line of Gandhiji, Pandit Jawaharlal Nehru continued the solidarity with the Palestinian cause in post-Independence era. Indira Gandhi went on to accord Head of State status to Palestinian leader Yasser Arafat during his visit to India. In 1992, P V Narasimha Rao invited Yasser Arafat for a breakfast meeting, in order to take him into confidence over his move to establish diplomatic ties with Israel. Indeed, it was only after meeting Arafat that Narasimha Rao finally signed the file establishing diplomatic ties with Israel.

In fact, soon after its formation, Israel was recognized by India. However, India went on to establish full diplomatic ties with Israel only on January 29, 1992, which was a full 45 years after Independence, to allow Israeli Embassy in New Delhi.

Interestingly, the Modi Government, too, backed such a position on the issue. The first-ever Prime Ministerial visit of Narendra Modi to Israel took place in 2017, marking the 25th anniversary of establishing the diplomatic ties. The Ministry of External Affairs Spokesperson declared, “India’s position on Palestine is independent and consistent. It is shaped by our views and interests, and not determined by any third country.”

While creation of Israel is now a historical fact, the only way forward is negotiated settlement between Israel and Palestine 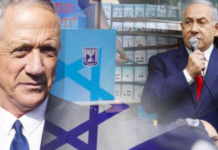