Kairali TV channel which belongs to the ruling CPM, tried to sensationalise the sexual molestation case of a prominent Malayalam actress by suggesting that the she had a relationship with Sunil Kumar, her former driver and now the prime accused who is on the run.

Soon after, Kairali was hauled up on the social media forcing the TV channel to air an unconditional apology.

But the social media was in no mood for the apology and demanded the resignation of John Britas, the managing director of the TV Channel and a senior journalist himself.

Many of the comments that Kairali and Britas got on social media are unprintable and vulgar, leaving many in the TV channel red-faced in embarrassment. 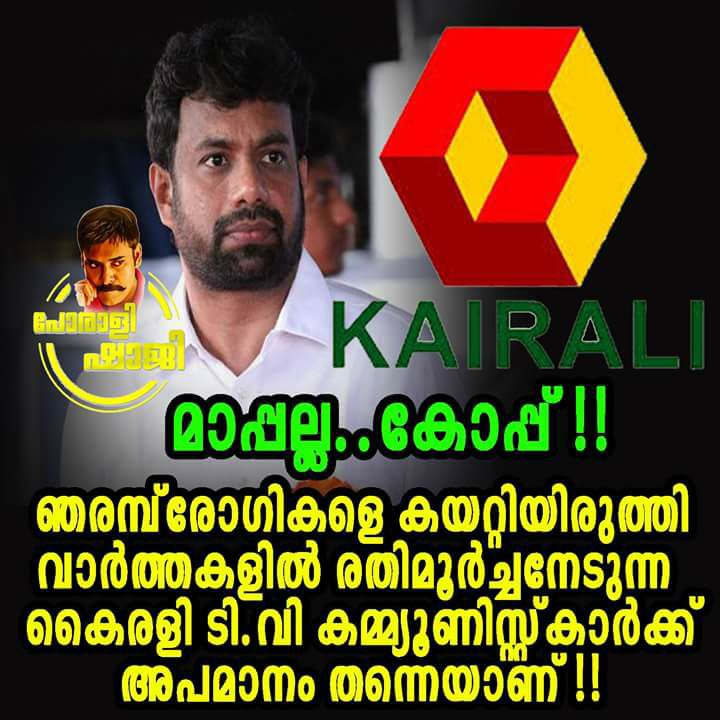 Meanwhile, support poured in for actor on social media.

Said well-known Actor Prithvi Raj: Woke up today morning to the horrifying news that has by now been reported, misreported and sensationalised. As disturbing as it was, I refrained from saying something on what happened to one of the most beautiful girls I know because I knew whatever I or any one among our fraternity say, will only be fodder to click baits and TRP mongering.

Said Geetu Mohan Das on Facebook: I salute you my baby doll for your courage. You are not a victim. You are an epitome of bravery in my eyes. To all the media personnels i have only one request. You have the power of the pen, do not misuse it, be responsible.

Meanwhile, the police have arrested Martin, the man who was driving the actor’s car. Along with him, three others also have been arrested.

The main accused, Sunil Kumar aka Pulsar Sunil, a history-sheeter, who apparently connived to stage an accident before allegedly sexually assaulting her, is on the run.