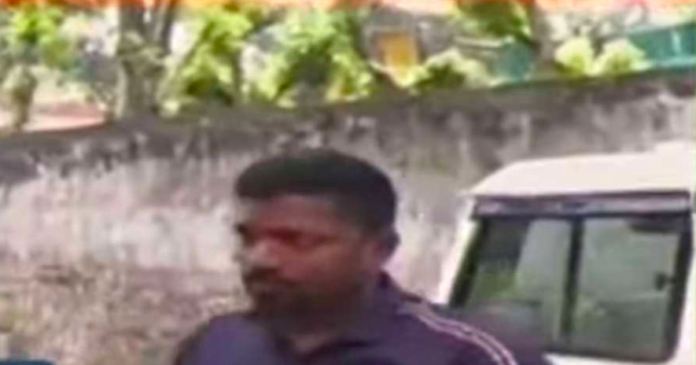 Thiruvananthapuram: In a major embarrassment for the ruling CPM, a party leader attacked a local jackfruit dealer, pinned him down on the road and asked his colleague to run an autorickshaw on him. The reason: the trader refused to part with Rs 100 that the leader wanted to buy liquor for a new year bash.

The incident took place at Parashala near here on New Year eve.

The  CPM leader who carried out the attack is the Naduthottam branch secretary Pradeep, 28. He was accompanied by six others.

According to the police, Pradeep and friends picked up a quarrel with jackfruit trader Senthil Roy after he refused to pay Rs 100 they sought for New Year celebrations. The enraged gang led by Pradeep assaulted Senthil and held him to the ground and ran an autorickshaw over him. The vehicle was driven by a person named Subin.

Later, local residents rushed Senthil to the Medical College Hospital where he was admitted with multiple fractured ribs and thigh bones.

After Senthil’s family filed a complaint with the Parasala police, Pradeep allegedly stormed into their house and demanded them to withdraw the complaint, but the family refused.

Acting on the complaint, the police on Thursday arrested Pradeep on charges of assault and attempt to murder. His six accomplices have gone into hiding.

Meanwhile, the CPM tried to cover up the incident saying that Pradeep was not at the crime scene, but eyewitnesses said he was very much there.

The police the incident was purely a New Year Eve brawl.